– Jodie Huegerich has been newly appointed as President of the Board of the Rooted Carrot Co-Op. Former president, Tom Wickersham will now serve as the Capital Campaign Committee Chair going forward.

-The annual Member-Owner meeting, where the board gives the membership and update of the progress of the co-op for the year, has been set for September 30 via Zoom.

-The committees will be submitting their budgets and the board will be finalizing the 2020-21 fiscal year budget next meeting.

-The Capital Campaign Committee has been formed and will begin regular meetings in September in anticipation of the launch of an official capitol campaign in the spring.

Christine Sexton has been a Board Member for one year and she is the Vice President. Prior to the pandemic, she was working as a freelance Registered Dietitian focusing on nutrition writing and health promotion. Since the pandemic started and regular school was discontinued, she has been lucky enough to be able to focus her energy on her three kids–Zoe, Hazel, and Sylvie and their 9-month old very energetic puppy named Maggie.  END_OF_DOCUMENT_TOKEN_TO_BE_REPLACED

We have a location identified for the Rooted Carrot Cooperative Market! The Site Team is on fire right now working many hours per week collaborating with property owners, architects, city personnel, bankers, consultants – you name it, they are planning and discussing it! END_OF_DOCUMENT_TOKEN_TO_BE_REPLACED 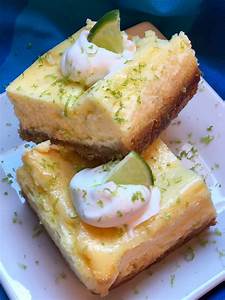 These bars are full of lime and margarita flavor! There’s a burst of citrus in the filling and a sweet crunch from the graham cracker crust. END_OF_DOCUMENT_TOKEN_TO_BE_REPLACED

Thinking about joining the Co-op Board??

Join Rooted Carrot Board members, Jodie Huegerich and Christine Sexton, to learn what it means to be a Board member for our start-up food co-op. They’ll review what the Board does, the time commitments involved, and what it means to be a “working board” versus a “governing board”. This will be a casual discussion meant for members who are considering running for the Board, so bring your questions and we’ll do our best to answer them!

RSVP to info@rootedcarrot.coop and we’ll send you Zoom login information the day of the event

Applications for potential Board members are being accepted now through August 29th, with the new term beginning in November. Click here for the Board candidate application packet. 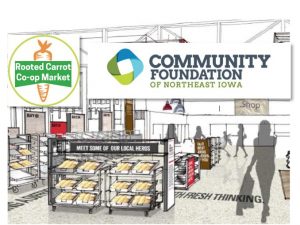 The Community Foundation of Northeast Iowa has partnered with the Rooted Carrot Co-op Market to establish a special project fund to help in the efforts to launch a community-owned grocery store. That means community members can help the Co-op get established by making a tax-deductible donation to the Rooted Carrot Co-op Market Fund.  END_OF_DOCUMENT_TOKEN_TO_BE_REPLACED

At our board meeting on Wednesday, the board is scheduled to approve a motion to appoint a new president to take over the leadership duties as we enter Stage 3 of the Co-op’s development. I’ll give an update on why we’re making the change and who will be stepping up in this role, but first some other board of director news… END_OF_DOCUMENT_TOKEN_TO_BE_REPLACED

The Site Team is on fire right now working several hours per week collaborating with property owners, architects, city personnel, bankers, consultants – you name it, we’re planning and discussing it!  We’re on a tight timeline to make this project a-go and super pumped to do so!  Kate, Site Team Chair  END_OF_DOCUMENT_TOKEN_TO_BE_REPLACED 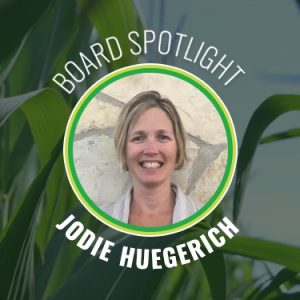 You likely recognize Jodie Huegerich if you have been a frequent College Hill Farmers Market attendee, are a local food producer, and/or have attended the Local Film and Food Festival or the Local Food Dinner. She is the organizer behind these events through her work as the University of Northern Iowa Local Food Program Manager at the Center for Energy & Environmental Education. With such a broad and deep understanding of the local food system, it’s no wonder that Jodie has been a supporter of the Co-op as a member-owner since 2016, and was elected as a board member in November of 2019. END_OF_DOCUMENT_TOKEN_TO_BE_REPLACED