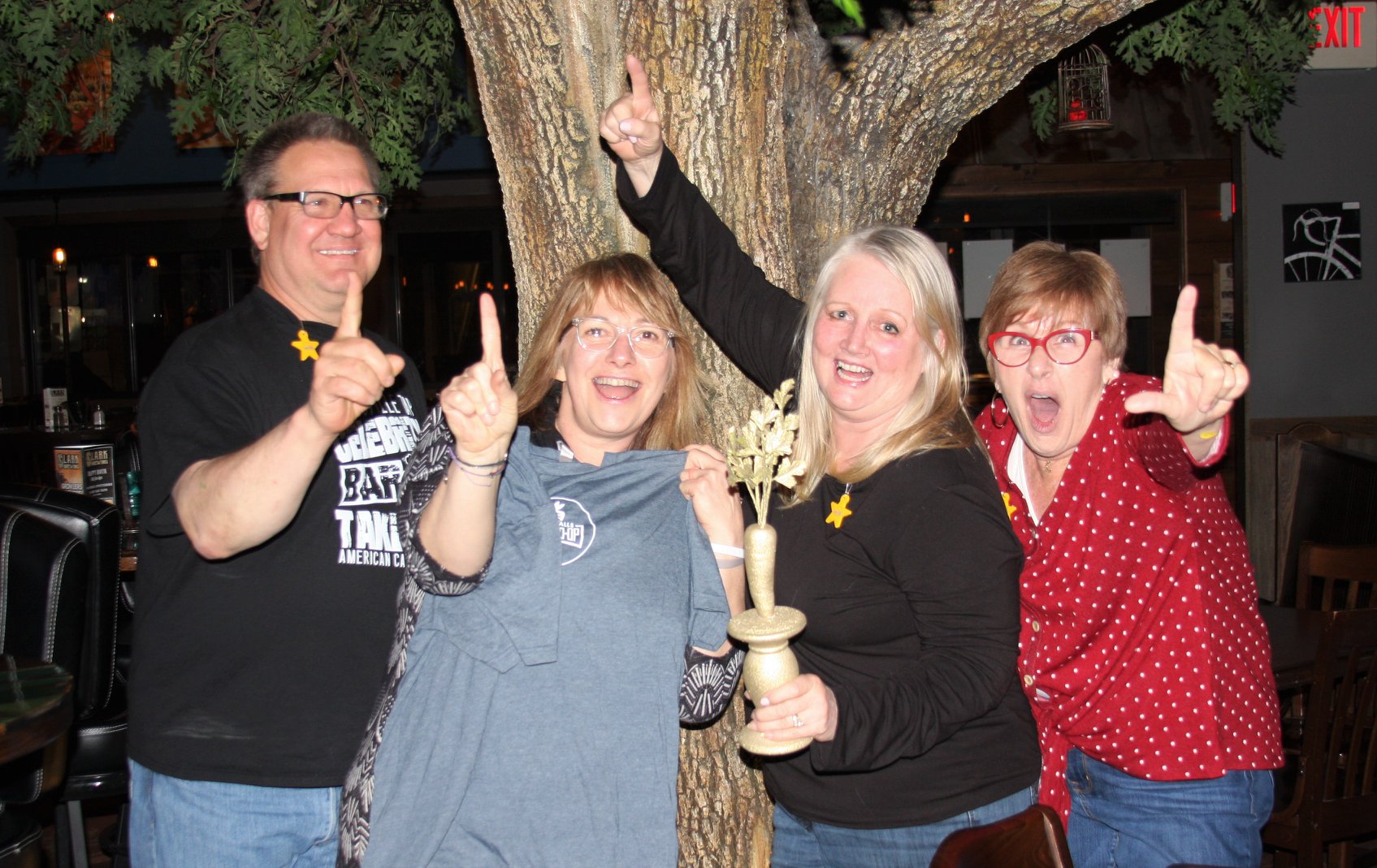 Trivia Night with the Cedar Falls Food Co-op is a yearly event many look forward to enjoying. On April 10, twenty people showed up to eat, drink, play, and support the Co-op at Lark Brewing. The participants split into four teams: 3 Peas in a Pod, Jacks, CF Golden Stars, and Strongest Avenger. Could you have answered the questions correctly if you were there?

Round one was about Iowa. “What is Iowa’s oldest city?” “What name is this famous Iowan best known as: Robert Morrison, born in Winterset?” “What is Iowa’s only island city?” Round two was about beer. “To whom did the Anheuser-Busch company send the first case of Budweiser beer produced after the repeal of prohibition in 1933?” “What ancient people are credited with having brewed the first beer?” “What are the four main ingredients in beer?”

Before heading into round three, a game of “Dead or Alive” was played, allowing everyone to join in whether they were a part of a team or not. The last round consisted of pictures of Rooty, the Co-op’s carrot mascot, visiting various local attractions, such as: Bike Tech, Oster Regent Theatre, the Ice House, Maid-Rite, the Imaginarium, and the Hearst Center for the Arts.

While the judges added up the various scores from each team, everyone was guessing which team would get to pose with the coveted golden carrot trophy. In fourth place was the Strongest Avenger, while third place belonged to 3 Peas in a Pod. Finishing in second place was Jacks. That left the CF Golden Stars with bragging rights for a year as the 2019 winners of the Cedar Falls Food Co-op Trivia Night!

We are grateful for the volunteers who created questions, took Rooty photos, and ran the event as well as Lark Brewing who hosted. Hope to see you all at next year’s event!

We’ve had so many great questions about our Co-op, and in particular about the physical store. As we continue on this journey as a community, we are eager to provide as much behind-the-scenes details as we can with you. With this information, you can inform yourself and also answer any of these questions coming your way.

END_OF_DOCUMENT_TOKEN_TO_BE_REPLACED 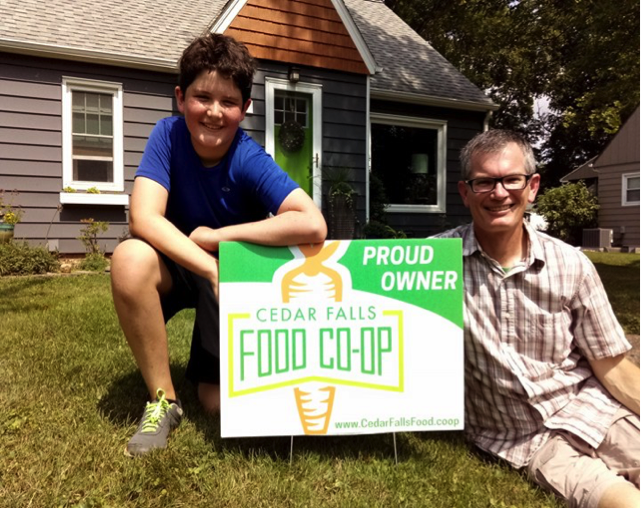 Show your Co-op Pride! Member-owners have the opportunity to sport a Proud Owner yard sign starting late May through July. If you are a member-owner living in Cedar Falls or Waterloo, you may sign up for a Cedar Falls Food Co-op yard sign, so don’t delay! If you haven’t yet reserved yours, contact outreach@cedarfallsfood.coop. Please provide your current address, and we’ll be happy to have one of our volunteers* deliver and place the sign.

*Would you be interested in helping with sign delivery and placement or pick up later in the summer? Let our outreach coordinator know at the email above. We still have room for a few more volunteers. Thank you for your continued support of YOUR community-owned co-op! 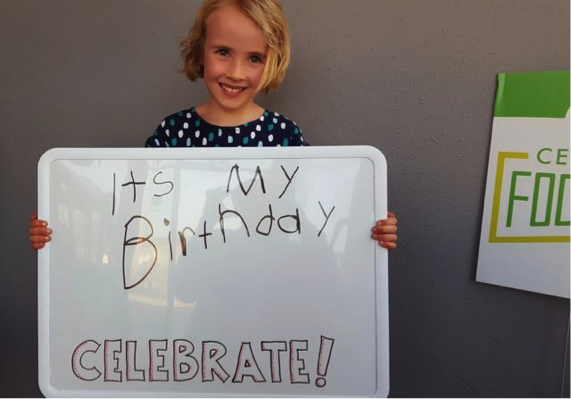 Cedar Falls Food Co-op has so much to celebrate. We have reached 945 member-owners! We are actively looking for a suitable site for the future store. Most businesses starting up do not have to announce their behind-the-scenes work at every step of the way. However, because our co-op is equally owned by everyone, we share our process with the public from incorporation through opening AND we need people to invest as member-owners early on to support this process.

Those who have invested as member-owners since that year of incorporation have been following our ride, helping us with the work, and cheering us on every step of the way. We would not have gotten this far without every single Co-op member-owner and the community support at large!

To that end we are inviting you to share with us the things in your life that you find worth celebrating, big or small. Please email us or send us a message via social media with news of what you are celebrating this month. Share a photo to go with it too so we can post to our social media.

Thank you for joining us in celebrating the Co-op and all who support it! 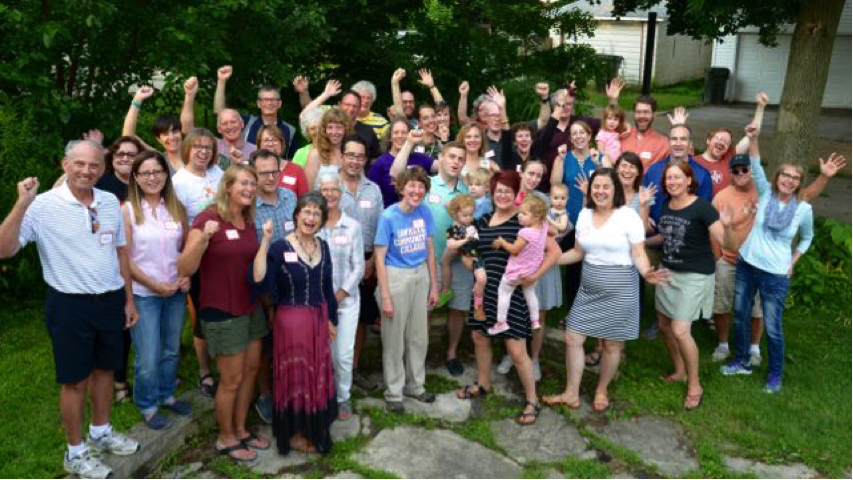 Wow! Your community co-op is almost 1000 member-owners strong and we want to thank all of you for what you continue to do to help us grow! From our incorporation in 2014, member-owners started investing with 42 individuals purchasing member shares that first month (October). The following October (2015), we had a total of 252 member-owners, and this amazing growth has continued. Last April, we hit 760 member-owners and grew almost 200 more this past year! Whether you invested in October of 2014 or just last week, we welcome and honor all 945 of you. We also encourage you to continue to spread the word as the more who invest, the sooner we can get our storefront.

If you have not yet invested, please consider doing so. For a $200 investment, you have an equal voice and a say in how our co-op is run through electing our board. The cooperative is a democratically-run business meaning that no one member-owner has more of a say than any other. Ahead of our doors opening, each member-owner receives discounts and deals when they show their member card at one of these 75+ local businesses. This is truly an investment in your community. Help us get to 1000 member-owners soon! https://rootedcarrot.coop/join-today/